Who is Mike Schneider?

Mike has been on a journey of understanding for as long as he can remember.  The early years of his life were filled with some of the most beautiful and also some of the most trying times.  Having grown up in a family that was riddled with trauma, Mike began to seek out answers to why things were the way they were.   By the time he was a teenager, a hope for a balanced life seemed like the furthest star in night sky.

Having managed depression for man years, he found himself on a rollercoaster on the thin line of choice, continuing this journey or stopping the train and jumping off.  As Mike journeyed off into the world as a teenager, he saw beauty in the love and kindness he received from others. This highlighted the contrast with his home life, a veritable jungle of dysfunction.

As his family bonds disintegrated, he set off on his own.  Having very little to his name, he quickly learned the importance of basic needs and was forced to learn how to manage his life for the first time.  As the fog lifted at the end of his teen years, he was faced with a decision to walk a path of truth and understanding or stray away from all he knew in his heart.  Mike wakes up every day with gratitude in his heart that his younger self made that choice to follow a path to raise his consciousness, setting him up for some of the most difficult yet wonderful challenges on his journey.

A little about my background

Mike has owned his own companies, worked for family businesses and been lost in the turbulent oceans of the corporate bureaucracy. One of the highlights of his career was volunteering for a non-profit that helped at risk youth. After much training and certifications to help these young folks, Mike, to this day, feels that teenagers and young adults are some of the most misunderstood contributors to society.

Mike’s passion to become the resource and support, lead him to a full-time job working with these co-creators of our future to be.  It was a time in his life where he truly felt like he was living “on purpose”. Through the feedback of others, Mike witnessed that creator source had put him in a place where he was effective in being a positive guide for others on their journey to understand themselves.

What is Mike’s mission? 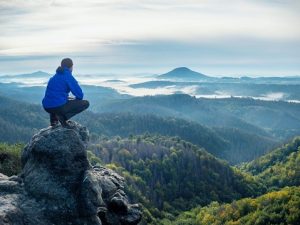 Mike now finds himself working with United Network helping to spread the awareness and raise human consciousness.  His passion to help others led him to reach out and become part of this network that branches out to connect people all over the world to support, learn and grow as the human race.

Mike met Max a year ago working at UNN and a beautiful friendship was born.  Mike quickly recognized during their first meeting, they had a lot in common in the way they both viewed and understood life. This led to many amazing discussions of discovery and exploration of the human heart and soul.  Mike had found a friendship that thrived on the passion to help others on their journey.   He and Max have had some of the most eye-opening conversations Mike has ever experienced in his life.  Mike is honored to be part of this project and work with so many beautiful people who share this vision.