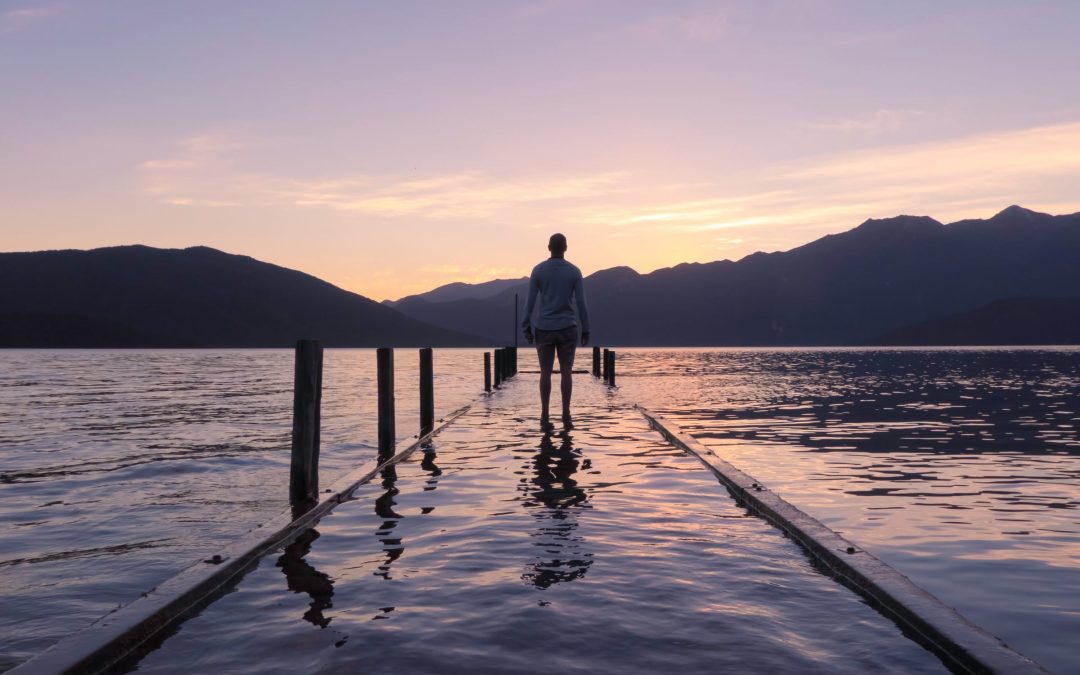 The ordinary response to atrocities is to banish them from consciousness, both on an individual and collective level. The conflict between the denial of horrible events and the will to speak them out loud is the core dialectic of trauma. For a traumatized person this is exemplified by alternating between feeling numb and reliving the event. The dialectic of trauma gives rise to alterations of consciousness, which George Orwell called “doublethink” and which therapists call “dissociation”. Freud noticed this as disguised communications about sexual abuse in childhood, presenting as symptoms of “hysteria”. At that time these unusual symptoms women presented with were thought to be a result of having a uterus. Denial, repression and dissociation operate on a social as well as individual level.

The study of trauma has an “underground” history. Like traumatized people, we have been cut off from the knowledge of our past as a society. Like the traumatized individual, we need to understand our past history in order to reclaim the present and future. To understand trauma, we must understand history. The study of trauma has historically alternated between periods of investigation and periods of amnesia or repression of truth. In order to escape accountability for his crimes, the perpetrator does everything in his power to promote forgetting by using secrecy and silence. This occurs on a global scale as well with pedophilia and ritual abuse inherent in the societal power structures.

In the late 1800’s Charcot was hoping to find the cause of “hysteria”. Freud described finding the root cause of hysteria, in his 1896 paper titled The Aetiology of Hysteria, where he made the explosive claim it was due to childhood sexual abuse. His discovery was immediately censored and denied by the elites in Vienna at the time, hence Freud recanted and replaced his true discovery with his famous Oedipal theory. He changed his tune to suggest children WANT to and FANTASIZE about sex with their parents…not that children were being raped as he had initially surmised. Freud then created psychoanalysis, the study of internal fantasies and desires dissociated from the outer reality of child sexual abuse in staggering numbers. He did a great disservice to society by cementing in the public’s mind that children are seductive and that their stories of being sexually abused were untrue.

The reality of trauma was forced into public awareness again during World War I. The narrative of manly honor and glory in battle was destroyed by the psychological breakdown of the soldiers and their subsequent inability to function. It was called “shell shock”. When the existence of combat trauma was no longer deniable it was blamed on the victims, men were seen as weak or cowardly, it was due to their character rather than the horrors and atrocities of war. This led to anti-war sentiment, which had to be quelled as the global leaders need war to fulfill their control over resources, human beings and an create an endless supply of orphans. Within a few years after the war, medical interest in the study of trauma subsided, and was buried once again. World War II brought trauma back into public consciousness, but only briefly and then it was buried again. War veterans were abandoned and ignored upon returning from war. For most of the 20th century, the body of knowledge about trauma was based on the nascent study of combat veterans. Not until the 1970’s was it recognized that the most common post traumatic stress disorders came from women and children in civilian life.

Domestic violence, incest and rape were finally discussed and known as a societal reality. In the early 1980’s, a sociologist by the name of Diana Russell conducted a large study that revealed one in three women and one in five men had been sexually abused in childhood. Domestic violence shelters and rape crisis centers began during the late 1970’s and early 1980’s in response to this now more visible crisis. Only after 1980, when the efforts of combat veterans resulted in legitimizing post traumatic stress did it become clear that trauma due to rape, domestic violence and child abuse were of a similar nature. In 1980, the American Psychiatric Association finally conceded the reality of trauma by including the new diagnosis of Post Traumatic Stress Disorder (PTSD) in the diagnostic manual. At that time, traumatic events were described as “outside of the range of human experience”, which is inaccurate and misleading, in fact rape, war trauma, pedophilia and child abuse as well as violence in general is endemic to our societies.

In 1992 the False Memory Syndrome Foundation (FMSF) was created to negate the growing awareness of the prevalence of not just sexual abuse but satanic ritual abuse, pedophilia and mind control. One strategy for concealing mind control as a tool was to create pseudo-scholarly fronts to disprove such deeds exist. The False Memory Syndrome Foundation was created by a group of psychiatrists who’s mission was to prove that cult abuse and mind control are figments of the imagination. FMSF researcher Walter Bowart stated “This is a CIA action. It is an action aimed at the psychological and psychiatric medical community. To discredit you and keep you in fear and terror”. The membership of the Foundation was telling, many of the psychiatrists in the group’s advisory board were linked to the military and CIA mind control operations.

One of the original members of the group, Martin T. Orne was a researcher funded through MK ULTRA and military agencies. Dr. Michael Persinger, on the board of the FMSF, was funded by the Navy, NSA and did research on the effects of electro magnetic radiation on the brain for a pentagon weapon project. Persinger’s 1995 article titled On the Possibility of Directly Accessing every Human Brain by Electromagnetic Induction of Fundamental Algorithms delves into the myriad of mind control possibilities. Persinger’s message was essentially that the entire human race can be mind controlled through the use of television and radio networks. As occurred previously, the truth about the extent of child rape, ritual abuse and mind control was buried again in the early nineties by those in the psychiatric establishment, which has a long history of research and implementation of mind control techniques. Mind control and systemic pedophilia combined with satanic ritual abuse were relegated to the realm of fiction once again.

These horrific practices are also intimately connected to the Eugenics movement. The popularity of the Eugenics movement was given a jump start with Frances Galton in England. Galton was a cousin of Charles Darwin and the man who launched the “nature vs. nurture debate”. Galton once said he hoped eugenics would become the religion of the future. In 1912, the first Eugenics conference was held at the University of London. German eugenics studies were bankrolled by the Rockefeller Foundation and it’s allies in medicine, industry and politics, and was integrated into the NAZI political machine. The British and German branches worked together on eugenics and human experiments before and during WWII. In 1948, the British NAMH eugenics program joined forces with the United Nations and the Tavistock Institute, combining military intelligence and psychiatry. A World Federation on Mental Health was created to coordinate planetary psychological operations. Eugenics organizations went underground after Hitler’s defeat and were now carried out in secret.

Welcome to my website Unbroken. My name is Max and my vision is to help people heal and raise their consciousness so we can unite with others and co-create a new way forward. I aim to spread the truth about the hidden agendas in our world via interviews and the written word. We need to understand the forces that shape our reality so we can choose to rise above the psychological chains that bind us.
We have all been broken in one way or another, let’s unbreak ourselves and our world and live in love, balance and abundance as we move beyond our conditioning and rise to our fullest potential.
https://unbroken.global/